There are several references for us to confirm who the Rev. Frost Pollitt’s parents were. First, there is his memoir or obituary published in the Minutes of the Ninth Session of the Delaware Conference of the Methodist Episcopal Church in 1872. It clearly tells us that his parents were Titus and Rachel.

The Committee on Memoirs beg to leave to report Rev. Frost Pollett was a son of Titus and Rachael Pollett, and was born near Princess Anne, Somerset County, Md., about the year 1788, and departed this life March 12, 1872, about the 84th year of his age. His parents were members of the M. E. Church and brought up their child in the nature and admonition of the Lord, notwithstanding they were slaves. His early training was like bread cast upon the waters. He was a subject of divine guidance from a youth, and when about eighteen years of age he embraced religion, he joined the church with his parents.

This first reference not only establishes Frost’s parentage but insight into their life and his youth, information that is solely available from this unique source.

The second reference is the Thomas Pollitt Family Bible, Printed by Mark Bafkett, London, England, 1767. Because we know that this bible was printed before the births of Titus’ children, we can conclude that this is a primary source and the data was most likely not copied from another source. The list of children clearly denotes a family and matches the time from of Frost’s birth from other sources.

This is additionally confirmed in the research of the will and probate of William Pollitt, son of Thomas Pollitt and Catron, who died in Worcester County on January 4, 1816, my fourth great grand uncle. 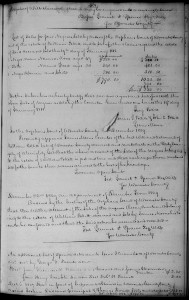 In his will, William grants Titus and Rachel their freedom as well as 50 acres of land called, Carey’s Folly, and their youngest son, Titus. This along with the Inventory of the Personal Estate of William Pollitt, taken from February 1 to 14, 1816, the inventory lists Titus, Rachel, Titus, and Frost as well as other children, as slaves of William Pollitt. In the inventory, Titus was listed as age 60, Rachel, age 50, Titus (Jr.) as 8, and Frost as age 26.

Two years later in 1828, we see them again in the Distribution and Sales of the Negroes of William Pollitt’s estate listed with appropriate ages of two years older, with almost the same grouping of slaves. Titus, Rachel and Titus were listed as legacies and Frost was sold to an unknown person.

The distribution of the remaining slaves were either distributed according to William Pollitt’s will by legacy or by division among his survivors, principally his widow, Sally Pollitt, his two nephews, James Morris and Levin Morris, sons of Rebecca (Pollitt) Morris, and nephews, James S. Pollitt, son of Thomas Pollitt IV, and John E. Pollitt, son of Samuel Pollitt.

The key to this family is the previously mentioned 1767 Bible found in 1985 in Salisbury, Maryland.

Later, in 2009 while beginning my research for an exhibit about the origins of the five Free Black men who founded the African Church in Salisbury in 1838, I was able to amass enough confirming evidence to ascertain that the Frost and Titus in the bible were the same as the Rev. Frost Pollitt and his parents, Titus and Rachel. 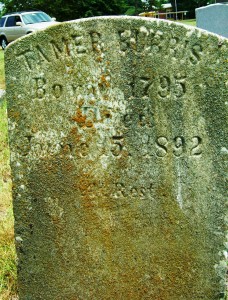 Titus and Rachel had at least ten children:

Titus and Rachel are last documented to be alive when they sold the land they inherited, Carey’s Folly, from William Pollitt back to James Morris in 1843. Ironically, this land also has a fabled history. My second great grandfather, Thomas Covington Morris, inherited it from his father, James, upon his death and in turn Thomas sold it to Enoch Pratt of Baltimore. Apparently the timber value of the land was of interest.