The earliest information that we have about Frost’s youth comes from his memoir or obituary published in the Minutes of the Ninth Session of the Delaware Conference of the Methodist Episcopal Church in 1872.

The Committee on Memoirs beg to leave to report Rev. Frost Pollett was a son of Titus and Rachael Pollett, and was born near Princess Anne, Somerset County, Md., about the year 1788, and departed this life March 12, 1872, about the 84th year of his age. His parents were members of the M. E. Church and brought up their child in the nature and admonition of the Lord, notwithstanding they were slaves. His early training was like bread cast upon the waters. He was a subject of divine guidance from a youth, and when about eighteen years of age he embraced religion, he joined the church with his parents.

This first reference establishes insight into Frost’s youth. If indeed he embraced religion when he was about eighteen years of age, that would have been about 1807 while he was still a slave, presumably at William Pollitt’s plantation. So while he and his parents joined the Methodist Church, William Pollitt was sitting in pew four of the Wicomico Presbyterian Church as their records show. This is the first evidence of a conflict of religion on Delmarva yet one of peace accord.

The second reference to Frost comes from the Inventory of the Personal Estate of William Pollitt, son of Thomas Pollitt and Catron, who died in Worcester County on January 4, 1816. Taken from February 1 to 14, 1816, the inventory lists Frost among his siblings and parents, as well as others, as slaves of William Pollitt. In the inventory he was listed as age 26 and appraised or valued at $340.00 current money.

Two years later, we see Frost, age 28, with almost the same grouping of slaves in the Distribution and Sales of the Negroes of William Pollitt’s estate. Four slaves were sold but the records due not indicate who purchased them. Of those slaves sold, Frost was sold for more than he was appraised for, or $401.00.

The distribution of the remaining slaves were either distributed according to William Pollitt’s will by legacy or by division among his survivors, principally his widow, Sally Pollitt, his two nephews, James Morris and Levin Morris, sons of Rebecca (Pollitt) Morris, and nephews, James S. Pollitt, son of Thomas Pollitt IV, and John E. Pollitt, son of Samuel Pollitt.

We do not know when or where he was born except that as the son of slaves, Titus and Rachel, he was born a slave. Given that William Pollitt married in 1803 after Frost’s birth, the slave Titus and his children may have belonged to William’s father Thomas Pollitt (Born December 30, 1717 Somerset County, Maryland, died September 24, 1786). His value, both appraised at age 26 and sold at age 28, indicate that of all of William Pollitt’s slaves, Frost was the most prized. He was most likely both strong in body and intellect.

William Pollett’s Distribution of Negroes
We the subscribers in compliance with an order and appointment of the Orphans Court of Worcester County after being duly qualified a certificate of our said qualification is hereto annexed to confirm our said appointment to divide the negroes belonging to the estate of William Pollett dcd now in the hands of James Morris his Executor we do hereby Certify that after giving due notice to all the parties [illegible] we met on the day of at the place appointed where the said Executor went on to sell among the heirs concerned to the highest bidder for the following sums to wit:

To be divided between the heirs which each respective share or part is the sum of five hundred and eighty five dollars to each heir. We further Certify that after the foregoing Proceedings hereto fore stated we proceeded to make division of the aforesaid negroes between the heirs in the following manner – To wit – first of the widow Sally Pollett by and with, her own consent and choice –
Sally Polletts part of negroes as Choosen

Thirdly, Levin Morrises part of negroes as consented to –

In witness, whereof we have hereunto subscribed our names and affixed our seals this 4 day of February 1818 –

February Term 1818 (Ordered by the Justices of the Orphans Court of Worcester County, that the foregoing Distribution of the negroes belonging to the estate of William Pollett deceased be and the same is hereby confirmed –

Note: See order for the foregoing distribution }
On the 263rd page of this Book. } 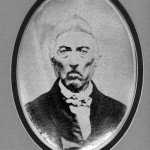 Ten years later, on April 28, 1828, we find a manumission document between James Morris, William Pollitt’s nephew, and Frost, where Frost purchases his freedom from his master, James Morris.

On face value, this seems like any normal manumission for the period but it was not.
1828 Manumission:
Reference: 12 Apr 1828 Negro Frost, aged 35 from James Morris, for ten dollars, Worcester County, Maryland Land Records, Liber AT folio 484 & 485

Folio 484
To all to whom it may concern be It known that I James Morris of Worcester County of the State of Maryland for due cause and consideration me there unto moving as also in further consideration of the sum of ten dollars to me in hand paid have released from slavery liberated manumitted and set free and by these presents, due hereby release from slavery, liberate, manumit and set free my Negro man named Frost being of the age of thirty five years and able to work and go in a sufficient livelihood and maintenance and him the said Negro man named Frost I do declare to be henceforth free manumitted and from all manner of servitude to me my executors or administrators forever. In Testimony whereof I have hereunto set my hand and affixed my seal this twelfth day of April in the year of our Lord one thousand eight hundred and twenty eight April the 12th 1828
Signed sealed and delivered

Taken and certified by

Eilijah Hearn
Justice of the Peace of Worcester County

April fifteenth day Anno Domini one thousand eight hundred and twenty eight then was delivered unto me the Subscribed the foregoing deed of manumission in order to be enrolled in the records of Worcester County which said deed of Manumission together with the acknowledgement thereof thereon endorsed are recorded among the same records in Liber AT folio 484 & 485.

First, it was the only manumission that James Morris tendered. Secondly, James Morris was a devout Presbyterian, serving over sixty years as a deacon of the local church. On the other hand, Frost was raised in the Methodist church which comes to light later. Finally there is the question of money. Given that no Bills of Sale have been found, it can be assumed that James Morris purchased Frost from his uncle’s estate for $401.00. Ten years later, James frees Frost for $10.00, or a loss of $391.00, more or less. Looking at James’s portrait, he doesn’t look like a man that would make a bad business deal or relish losing money.

I speculate that at the age of 35, Frost already had begun to be well versed in the Gospel and possibly even was a Methodist pain in the side of James’ Presbyterian household and plantation. Frost’s parents were still alive at this point as well as his aunt, Sally Pollitt. All or some may have been influencing factors.

So, at the age of 35, Frost the slave became Frost Pollitt.